CAN WE ORDER AFOs WITHOUT BEING EVALUATED?

We are not  a central fabrication facility or laboratory.  All AFOs are custom fabricated and not customized from pre-designed or pre-made orthotic shells or frames.

I HEAR THAT DR. JORDAN WILL BE AT MY CHILD'S SURGERY TO TAKE THE PLASTER IMPRESSION CASTS FOR POST OPERATIVE AFOS. IS THIS TRUE?

On occasion, if scheduled well in advance, Dr. Jordan does attend some surgeries.  Dr. Jordan's office is not part of or linked with any other doctor's  office.  Our schedules are independent.

MY CHILD HAS NOT BEEN EVALUATED BY DR. JORDAN. CAN THE SURGEON JUST SEND POST-OPERATIVE CASTS TO HAVE DR. JORDAN FABRICATE AND FIT THE AFOS A FEW DAYS LATER?

It is not possible to design AFOs, or any custom fabricated orthoses, without having first examined the child.

The design must come together based on a detailed physical hands-on evaluation and assessment of movement & gait.

The specific design is then translated and discussed with the orthotist who then handcrafts each AFO from plaster impression model to its finished state ready for fitting and fine tuning.

CAN MY CHILD CAN BE FIT WITH AFOS IN A DAY OR TWO AFTER SURGERY?

The quick answer for those children flying in for surgery and orthoses is that it is NO.  If is not reasonable & not possible to have surgery on a Thursday and be fit with orthoses on a Tuesday.

The physical properties of the materials we use generally make this an impossible task.

CAN I MAIL OR SEND ORTHOSES IN FOR REPAIR OR MODIFICATION AFTER FIRST CHECKING WITH YOUR OFFICE?

Yes.  But you must call first to find out when we are in the office and we need to discuss what needs to be done.

When orthoses are mailed back to our office for adjustments and strap changes.  The office Suite number (#98) MUST be written on the package.

WHAT IS THIS NEW PROCEDURE?

It is a reasonably old, time-tested  Surgical "tool"  ; a Surgical Technique rather than a following or cult. So it is not really “new.”

The initial concept of this soft tissue surgery by Dr. Roy M. Nuzzo, some 35+ years ago continues to evolve with subtle changes.   (SPML)

Many other surgeons duplicate the technique although referring to it by many other names.  So it might appear that only 3-4 pediatric orthopedic surgeons are using the technique while in reality there are many more although with considerable variation of outcome goals & technique.

Some surgeons who report doing SPML are doing basic, simple tendon lengthening through small incisions in a traditional manner instead.  This is more popular with pediatric clubfeet rather than neurological conditions since lengthening tendon will truly weaken muscle that is not weak to start.

What it is NOT is a percutaneous or small superficial release or lengthening of tendons. That is a simplistic, basic & traditional procedure that might be of benefit in non-neurologically affected child.

CAN SPML SURGICAL TECHNIQUE BE PERFORMED ON 2 OR 3 YEAR OLD?

Absolutely.
It can be performed on an infant, toddler, teen or adult.
You need to revisit the WHAT anatomical regions are in need of this surgical technique,WHAT are you anticipating in outcome?

If myofascial constraints/contractures/limitations are interfering with that specific child's active skills then yes, he/she is a candidate.

Going for PROM [passive range of motion] as the goal or end point?  Stop, don't do any type of soft tissue releases; including SPM.  You will be disappointed.

WHAT TYPE OF LASER IS USED IN SPML?

Contrary to what some parents believe, NO LASER is used in  SPML procedure performed by any surgeon.

Very sharp and tiny scalpel blades are used for the small portal of entry beneath the skin. 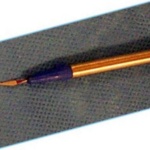 I DON'T WANT A CAST ON MY CHILD'S LEG!

Ethanol, when injected around a peripheral nerve, can decrease spasticity without paralyzing or weakening voluntary contraction of the muscle.

Alcohol does so by diminishing the basic involuntary neuromotor stretch reflex.

WHAT DOES AN ALCOHOL INJECTION OFFER?

Diluted acohol (ethanol) injection affects the spastic child in a number of ways.
1. Voluntary contraction of muscle is not affected... not weakend, not strengthening, not affected.
2. The Large peripheral nerve fibers are not changed or altered as seen in histological microscope studies
3. Cholinesterasic activity is normal for large nerves and associated muscle
4. However, the Stretch Reflex (that is excessive in spasticity) has been clearly shown to be decreased.
5. Small nerve fibers viewed under a microscope are observed to be Demyelinated; a positive finding especially if we are trying to reduce spasticity.
6. Cholinesterase activity is diminished in the small muscle spindles that sense/trigger the reflex arc.

DOES IT BENEFIT ATHETOID/DYSTONIC CP?

If benefit is observed it is usually very short-lived.

Typically the myelin sheath repairs itself in 6-10 months.   At that time the nerve block may need to be repeated or best case is the child has gained better volunatry motor control making it appear that the block continues to be "working."